The story of a 53-year-old Japanese female homemaker

My daughter’s Atopic Dermatitis was cured by Johrei.

My first baby was born in 1989, and one month after her birth, she got a rash on her forehead, but I didn’t worry as you hear that such rashes are normal in newborn babies.

However, the rash gradually spread all over, and her face became red and finally, it covered her entire body. I took her to the hospital when she was three months old, and she was diagnosed as severe Atopic Dermatitis, and the Dr. prescribed three types of different ointments and an Antipruritic Chinese medicine for her. When I applied the ointments on my daughter’s skin, the rash only disappeared temporarily, and soon spread all over again. My husband and I spent every day worrying about her, as we did not see any signs of recovery in her.

The worse thing was that my daughter also had diarrhoea sometimes which went on for a week or so. At this point, I so despaired that I asked my sister to introduce me to someone who performed Johrei on my daughter since I had heard that her father in law’s cancer was cured by Johrei. So we decided to only depend on Johrei, and my daughter started receiving Johrei every day.

On the second day of performing Johrei, puss started to form puss near her ears. I also stopped putting eye the drops in her eyes, and on the fifth day, the puss spread all over her face. She had black faeces nearly 8 times on the seventh and gradually the rash disappeared on a ninth day.  We only depend on Johrei and believe all things that happened to her were due to the power of prayers and Johrei.

However, when we saw my daughter who had severe swellings on her whole face and body, which became red and formed some sort of puss even on her head and caused her hair to fall, our minds started wondering whether she would be completely cured, or her condition might get worse. She also started felling extremely itchy and tore at her face and body, which eventually were covered with blood and kept crying throughout the night.

After a while, she started to have green faeces which smelled like Chinese medicine, as we made sure that all the medicine we gave and applied to her was discharged so she would be cured. We continued performing Johrei on my daughter and finally, the Atopic Dermatitis cleared up and disappeared when she reached her first birthday.

When my son was born during his first month, he also developed the same symptom as my daughter, but this time we never use any kind of medicine and kept performing Johrei on him, and as a result, he was cured of atopic dermatitis within 6 months.

The time has passed and my daughter is now grown up, but when she was in high school, the Atopic Dermatitis re-occurred once again on her whole face and body which were covered with blotches that became festered. I performed Johrei on her once again and they disappeared within two weeks.

Once she started going to high school, she started neglecting her health by changing her eating and sleeping habit, which seemed like a good opportunity for her to look back at her lifestyle.

Through this experience, we became full of gratitude to Meshiya-sama who let us know the greatness of Johrei as well as the importance of patience. We only needed to be patient to overcome our children’s Atopic Dermatitis.

Whenever we had to face such severe conditions in our children, we would be patient and depended on Meshiya-sama and his Johrei, and soon overcame our problems, and we are full of gratitude to Him who brought back our happiness and put back the smiles on our faces.

We also started helping people who had the same problem as ours, by introducing them to Johrei, and proved that once you heal the Atopic Dermatitis by Johrei, there will no longer be any traces of it on your body.

After we were introduced to the Meshiya-sama and His Johrei, we felt our family was living a paradise. That is why I would like to introduce his greatness and his Johrei to as many people as possible. I cannot help but hope that people all over the world get the opportunity to experience the performance of Johrei and not to ever have to depend on any type of medication.

Please find the following photographs of my daughter. Four of them were taken in 1989 and the last one was currently taken. 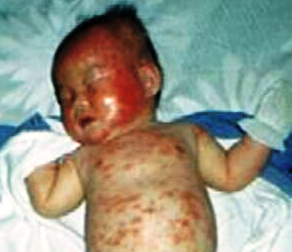 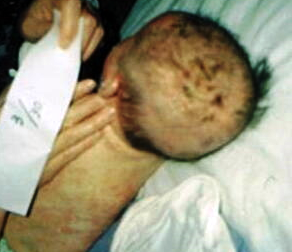 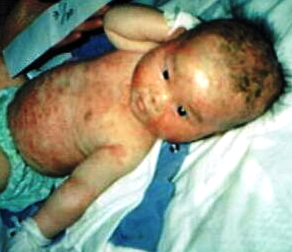 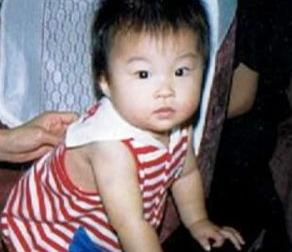 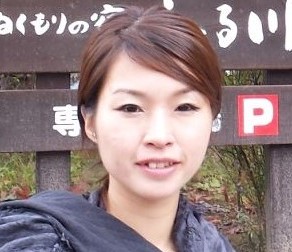